BIMAL DESAI VS STATE OF KARNATAKA 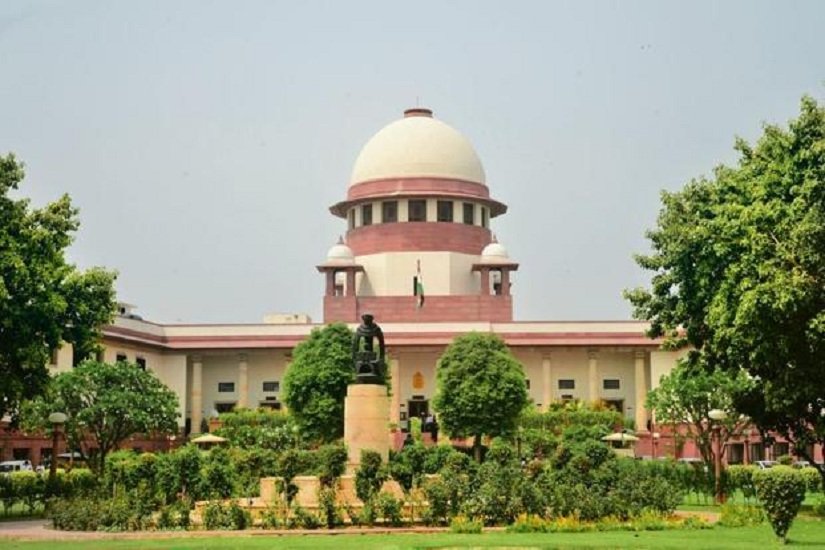 Bimal N. Desai vs. State of Karnataka & Others

2. The appellant in the appeal has questioned the validity and correctness of the order dated 13.8.2001 passed by the High Court of Karnataka in Writ Petition No. 19541 of 1999.

3. Few writ petitions were filed purporting to serve public interest. The High Court disposed of those Writ Petitions by the common order. One of the Writ Petitions No. 19541 of 1999 had been filed by the appellant. The notification dated 30.7.1998 issued in exercise of power under sub-section (1) and (2) of Section 3 of the Karnataka Government Parks (preservation) Act, 1975, (for brevity ‘the Act’) and under challenge in the said writ petitions; directions also had been sought for the preserve and maintain Cubbon park to the full extent as specified in the notification dated 27.9.1983 and not to allow any structures adjoining Legislators’ Home and LRDE ( a Central Govt. Organisation). The Act is short one containing 4 sections, Relevant section for the purpose having bearing on the controversy is Section 3 which reads:

“Section 3 – Application of the Act:-

(1) This Act shall apply to all the lands and buildings within the limits of such parks belonging to the State government as the State Government may from time to time by notification in the official gazette, specify:

4. The laudable object of the Act was obviously to preserve parks in open spaces to create and maintain healthy and eco-friendly atmosphere in addition to providing recreational facilities to the public. A notification dated 27.9.1983 had been issued under the Act in modification of the earlier Government notification dated 13.9.1975. In the said notification of 1983, the buildings such as High Court, Vidhana Soudha, Legislators Home, Raj Bhavan, Tennis Stadium, LRDE Campus etc., with surrounding areas were included. The famous ‘Cubbon Park’ comes within the said area. The said park is a very old park which has been developed as horticulture landscape and garden. There was no dispute between the parties that the object of the Act is not to touch or affect the existing buildings or structures and to preserve open space around these important buildings. The question that came up for consideration in the Writ Petition before the High Court was whether the diminution of the areas notified in 1983 by virtue of the impugned notification of 1998 was violative of provisions of the act or any other statutory or constitutional provision such as article 21 of the constitution. From the notification of 1998, it was clear that it was intended to facilitate two important constructions, namely – (i) Annexure building to the Legislator’s Home and (ii) construction of ground level reservoir in LRDE premises for facilitating supply of water. It is stated that an extent of about half an acre is needed for construction of additional block within the premises of legislators’ Home and an area of 1.75 acres is required for the water reservoir. If these constructions are to be taken up, 30 Ashoka trees and 15 old trees are required to be removed. In the counter affidavit, it is specifically stated that in view of the trees to be cut and removed, more number of trees will be planted in and around the place and even after construction of ground level water reservoir, the park area will be developed and nourished. It is statement of objections and in the course of the arguments advanced by the learned Advocate general before the High Court, it is pointed out that these constructions are inevitable and needed. It was further pointed out that the exclusion of the area from the notified area constituted only 3 to 4 per cent of the total area notified earlier and that there would be no further coverage of open area for any purpose. It was also submitted by the learned Advocate General that the State Government was conscious of preserving and developing the Cubbon Park, leaving intact as much open as possible.
5. On behalf of the writ petitioners, it was urged that the impugned notification offended the provisions of the Act, Government having notified the limits of the Cubbon Park, factually recognizing existence of such park, had no power to exclude any portion of the area neither under Section 3 of the Act nor under Section 21 of the General Clauses Act, any area could be deleted once it had been notified: exclusion of such area is detrimental to the healthy environment and results in reduction of the park area; the decision of the State Government in issuing the impugned notification was arbitrary and was in disregard to the environment needs of the city. The submission was that the impugned notification was liable to be struck down on the ground that it violated Articles 14 and 21 of the constitution and that the purposed constructions should not be permitted.

6. The Learned counsel appearing for the respective parties before us in their arguments reiterated the above submissions that were made before the High Court.

7. As is evidence from the impugned judgement, the High Court after considering the submissions made on behalf of the parties referred to the various decisions of this Court cited and having due regard to the facts and circumstances of the case, taking a holistic and pragmatic view, declined to quash the impugned notification. The High Court upheld the validity of the same and refused to stop the proposed constructions. However, sharing apprehensions expressed on behalf of the writ petitioners that there could be further notifications deleting some more areas and resorting to constructions over such areas reducing the Cubbon Park area, directed that no further constructions other than the two mentioned above shall be made covering the open area within the limits of the park specified in the impugned notification without obtaining the clearance from the High Court for proceeding with the fresh constructions.

Whereas it is expedient in public interest to preserve certain parks vested in the State Government in the State of Karnataka.

Be it enacted by the Karnataka State legislature in the twenty-sixth year of the Republic of India as follows:’

9. The title of the Act is “The Karnataka Government Parks (Preservation) Act, 1975. Under Section 4 of the Act, it shall be the duty of the State Government to preserve and maintain as horticultural gardens the parks to which the Act is applicable and to take such action as may be necessary to improve the utility of such parks as such gardens. Sub-section (2) of Section 4 reads:-

( “2) No land or building within the parks to which this Act is applicable shall be alienated by way of sale, lease, gift, exchange, mortgage or otherwise or no licence for the use of any such land or building shall be granted and any alienation made or licence granted in contravention of this section shall be null and void.

Provided that the restriction under this sub-sections to lease shall not apply in the case of buildings existing on the date of coming into force of this Act”.

10. It is clear from sub-section (2) extracted above that there is an injunction restraining alienation of land or building within the parks and issuing licence for the use of any such land for use in contravention of the said section. It is also made clear that any alienation made or licence granted in contravention of the said section shall be null and void.

11. In view of these clear statutory provision made in the Act itself, we find some force in the submissions advanced on behalf of the appellant. Under the circumstances, although we are not inclined to disturb the impugned judgement and order, in the given facts and circumstances of the case, we think it is appropriate to keep the questions of law open.

12. Whether the diminution of the area notified as an area within the limits of the park is violative of any of the provisions of the Act or any other statutory or constitutional provisions; whether neither section 3 of the Act nor Section 21 of the general clauses Act can be pressed into service for deleting the land and building once notified to defeat the very purpose and object of the act of preserving open space and whether issuing of notification to diminish the preserved area will be ultra vires of the provisions of the Act when the laudable object of the Act is to preserve parks in open spaces to create and maintain healthy and eco-friendly atmosphere, in our view, require to be left open. We have reservations in accepting the views of the High Court expressed in this regard in the impugned judgement. Since we are not inclined to interfere with the impugned judgement and order of the High Court, we do not purpose to examine these questions in this appeal any further.

13. In the result, for the reasons stated above, while declining to interfere with the impugned judgement and order, we leave the questions of law open to be decided as and when occasion arises in future. The appeal is disposed of accordingly in the above terms. No costs.