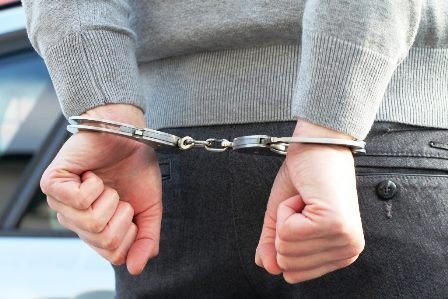 Anticipatory bail was introduced in Criminal Procedure Code, 1973 based on the 41st Law Commission Report[1] under Section 438 of the CrPC[2]. The provision confers special power to the High Court and Sessions Court grant bail to a person who anticipates arrest to avoid the humiliation of arrest on accusations while ensuring that the person is available to cooperate with police investigation and other formalities. When a person has reasonable apprehension of being arrested on an accusation of a non-bailable offence, he may approach the High Court or Sessions Court for a direction to realse him on bail in the event of arrest.

Anticipatory bail is a protective legislation that provides insurance from police custody in case of an accusation of a non-bailable offence. A direction of anticipatory bail can be issued by the Court along with other conditions that ensure that the Accused cooperates with the investigation and does not hamper the process. These directions may be modified based on the facts of the case but mostly include:

The bail can be cancelled by the Court at any point during the investigation process or trial if the Accused fails to comply with the directions issued by the court.

In the case Gurbaksh Singh Sibbia v. State of Punjab (1980)[3], the scope of Anticipatory Bails as a matter of right under Article 21 was discussed. It was argued that the Section 438 of the CrPC was a procedural provision that came under the purview of personal liberty under Article 21. A person is presumed to be innocent until proven guilty by the Court. Subsequently, the Court ruled that the imposition of unfair restrictions and unreasonable limitations on the grant of an anticipatory bail would be violative of Article 21.

In the case Siddharam Satlingappa Mhetre v. State of Maharashtra (2010)[5], the Court highlighted the fact that the discretionary powers of any Court must be used with care and circumspection of the facts. The background of the applicant must also be sufficiently looked into. If the applicant is a repeated offender, the Court cannot grant the bail unless it has sufficient reasons to believe that the accusations are false. Anticipatory Bails depend on the circumstances and the particular facts of the case. While personal liberty is a fundamental right, the Court is free to refuse the grant of the bail if it believes that there is sufficient information for doing so.

Procedure to Apply for Anticipatory Bail

According to Section 438 of the CrPC, a person can approach the High Court or the Sessions Court to apply for an Anticipatory Bail for a non-bailable offence. An anticipatory bail can be applied at the time of Zero FIR or when an non-cognizable report (NCR) is registered i.e. an anticipatory bail can be applied even when a Police Complaint has been filed and the accused is summoned for preliminary investigation without an FIR being registered.

When an FIR has already been filed against the applicant, a notice of arrest is usually sent by the police officials a few days prior to the actual arrest. The anticipatory bail petition can be filed before the Court during this notice period. Since granting an anticipatory bail is a power that is ‘extraordinary’ in nature, the Court may only grant the bail if there is sufficient proof of the apprehension of arrest and a reason to believe that the applicant is not guilty of the crime, although the Court cannot go into the merits of the case. For example, if the Applicant had committed a crime in public with a number of witnesses, the bail may not be granted by the court due to presence of sufficient evidence against the Applicant.

The Gurbaksh Singh Sibbia v. The State of Punjab mandated the provision of a notice to the Public Prosecutor or Government Advocate. With a reasonable justification for the ex-parte interim order and the approval of the Public Prosecutor, the final order may be passed. The applicant will be subjected to the conditions imposed by the Court..

In cases where an FIR has not been filed, an application for anticipatory bail can still be submitted if there are reasonable grounds to believe that an FIR will be lodged in the near future. It was held in both, Gurbaksh Singh Sibbia v. State of Punjab as well as Sushila Aggarwal v. State that an FIR is not a condition precedent to file an anticipatory bail. In the absence of an FIR, the public prosecutor and the Court will have no grounds to grant a bail. The Public Prosecutor will have to investigate the causes of a possible FIR with the concerned police officer. When the Court is convinced that there is sufficient reason to grant the basil, a notice bail is provided in case an FIR is filed and police custody is required.

The Anticipatory bail is a protective legislation that ensures the liberty of a person and safeguards them from false allegations. While the power conferred to the High Court and the Sessions Court is ‘Extraordinary’ in nature, the legislation is misused as repeated offenders and those who have committed grave offences have been filing petitions under the provision. It must be noted that a bail under section 438 is granted depending on the nature and gravity of the offence.