A Great Day For Freedom Of Speech 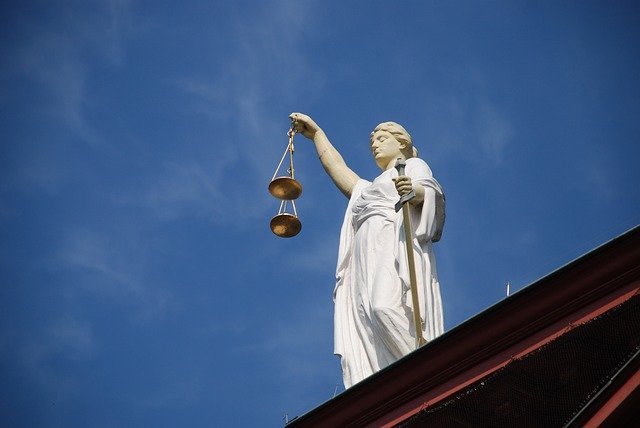 A GREAT DAY FOR FREEDOM OF SPEECH

The Information Technology Act, 2000 amended in 2008 vide Information Technology (Amendment) Act 2008 brought about some debatable changes to the Act. The amended Act which received the assent of the President on February 5, 2009 received huge hue and cry from the public, concerning section 66A which limited an individual’s freedom of speech and expression on the internet, following which several arrests made by the Police for posting objectionable/offensive content on social media, etc. For the sake of convenience Section 66A is reproduced here as follows:-

“66A. Punishment for sending offensive messages through

Any person who sends, by means of a computer resource or a communication device,—

(a) any information that is grossly offensive or has menacing character; or

(b) any information which he knows to be false, but for the purpose of causing annoyance, inconvenience, danger, obstruction, insult, injury, criminal intimidation, enmity, hatred or ill will, persistently by making use of such computer resource or a communication device,

(c) any electronic mail or electronic mail message for the purpose of causing annoyance or inconvenience or to deceive or to mislead the addressee or recipient about the origin of such messages,

shall be punishable with imprisonment for a term which may extend to three years and with fine.

Explanation.— For the purpose of this section, terms “electronic mail” and “electronic mail message” means a message or information created or transmitted or received on a computer, computer system, computer resource or communication device including attachments in text, images, audio, video and any other electronic record, which may be transmitted with the message.”

The constitutional validity of this provision of the I.T. Act was challenged before the Supreme Court in Shreya Singhal v. Union of India along with several clubbed writ petitions.

After hearing the parties at length, Justice R.F. Nariman and Justice Chelameswar, on 24/03/2015 through a landmark verdict struck down Section 66A of the IT Act holding it to be unconstitutional and violative of Article 19(1)(a). The Supreme Court upheld the freedom of speech and expression and held that the provision is not saved by Article 19(2). The provision provided ample power to arrest a person for posting allegedly “offensive” content on websites. The Petitioners argued that similar offences which are committed on the internet have a three year maximum sentence under Section 66A as opposed to defamation which has a two year maximum sentence under IPC. Also, defamation is a non-cognizable offence whereas under Section 66A the offence is cognizable.

The Division Bench of the Supreme Court held the provision to be vague and unclear as none of the expressions used in Section 66A were defined. The words “grossly offensive” and “menacing character” had not been defined which created a grey area in the arrests made. Even “criminal intimidation” has not been defined anywhere in the Act and neither does it say that words and expressions as defined in IPC will apply to this Act.

The Court further observed that what may be offensive to one may not be offensive to another. What may cause annoyance or inconvenience to one may not cause annoyance or inconvenience to another. Hence, this element of vagueness gave leverage to the Police to register an FIR even against a person who did not have any mens rea. Even the expression “persistently” is completely imprecise, it was observed that where a message is sent thrice, can it be said that it was sent “persistently”?

The Supreme Court held “Information that may be grossly offensive or which causes annoyance or inconvenience are undefined terms which take into the net a very large amount of protected and innocent speech. A person may discuss or even advocate by means of writing disseminated over the internet information that may be a view or point of view pertaining to governmental, literary, scientific or other matters which may be unpalatable to certain sections of society. It is obvious that an expression of a view on any matter may cause annoyance, inconvenience or may be grossly offensive to some. A few examples will suffice. A certain section of a particular community may be grossly offended or annoyed by communications over the internet by “liberal views” – such as the emancipation of women or the abolition of the caste system or whether certain members of a non-proselytizing religion should be allowed to bring persons within their fold who are otherwise outside the fold. Each one of these things may be grossly offensive, annoying, inconvenient, insulting or injurious to large sections of particular communities and would fall within the net cast by Section 66A. In point of fact, Section 66A is cast so widely that virtually any opinion on any subject would be covered by it, as any serious opinion dissenting with the mores of the day would be caught within its net. Such is the reach of the Section and if it is to withstand the test of constitutionality, the chilling effect on free speech would be total.” Where no reasonable standards are laid down to define guilt in a Section which creates an offence, and where no clear guidance is given to either law abiding citizens or to authorities and courts, a Section which creates an offence and which is vague must be struck down as being arbitrary and unreasonable.

The Court however allowed the government to restrict and monitor content uploaded on the internet. The Respondents argued that any content on the internet spreads like wildfire throughout the world. But the Court held that the wider range of circulation over the internet cannot restrict the content of the right under Article 19(1)(a) nor can it justify its denial. Regardless the Court observed that it is necessary that the intermediaries must be monitored and block any objectionable content as intimated by the Government.

The entire judgment can be found here: http://goo.gl/WuA82r